Towards the water sensitive city: The non-linear approach 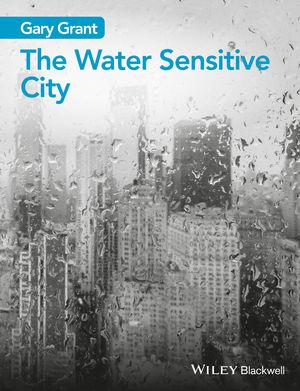 Cities operate a destructive, linear process, whereby water is brought from relatively natural areas to be consumed, polluted and then discharged into watercourses or the ocean. The consumption of water has many profound impacts across a wide area. Pristine streams are dammed to create reservoirs. Dams prevent the migration and spawning of fish, forests are flooded and silt, which once fed floodplains, is trapped behind dams. The pumping and treatment of water often uses electricity generated by burning fossil fuels. Once consumed and sullied, water is treated (using more energy) or perhaps not treated and then discharged, where further damage to aquatic ecosystems occurs. The excess of nutrients in wastewaters contributes towards eutrophication, with algal blooms, plunging oxygen levels and the loss of the majority of species that require relatively clean water. Most of the plastic garbage in the world’s oceans originates from cities and enters the sea via rivers. Problems with city water supplies and associated impacts are predicted to become more severe because of population growth and climate change. 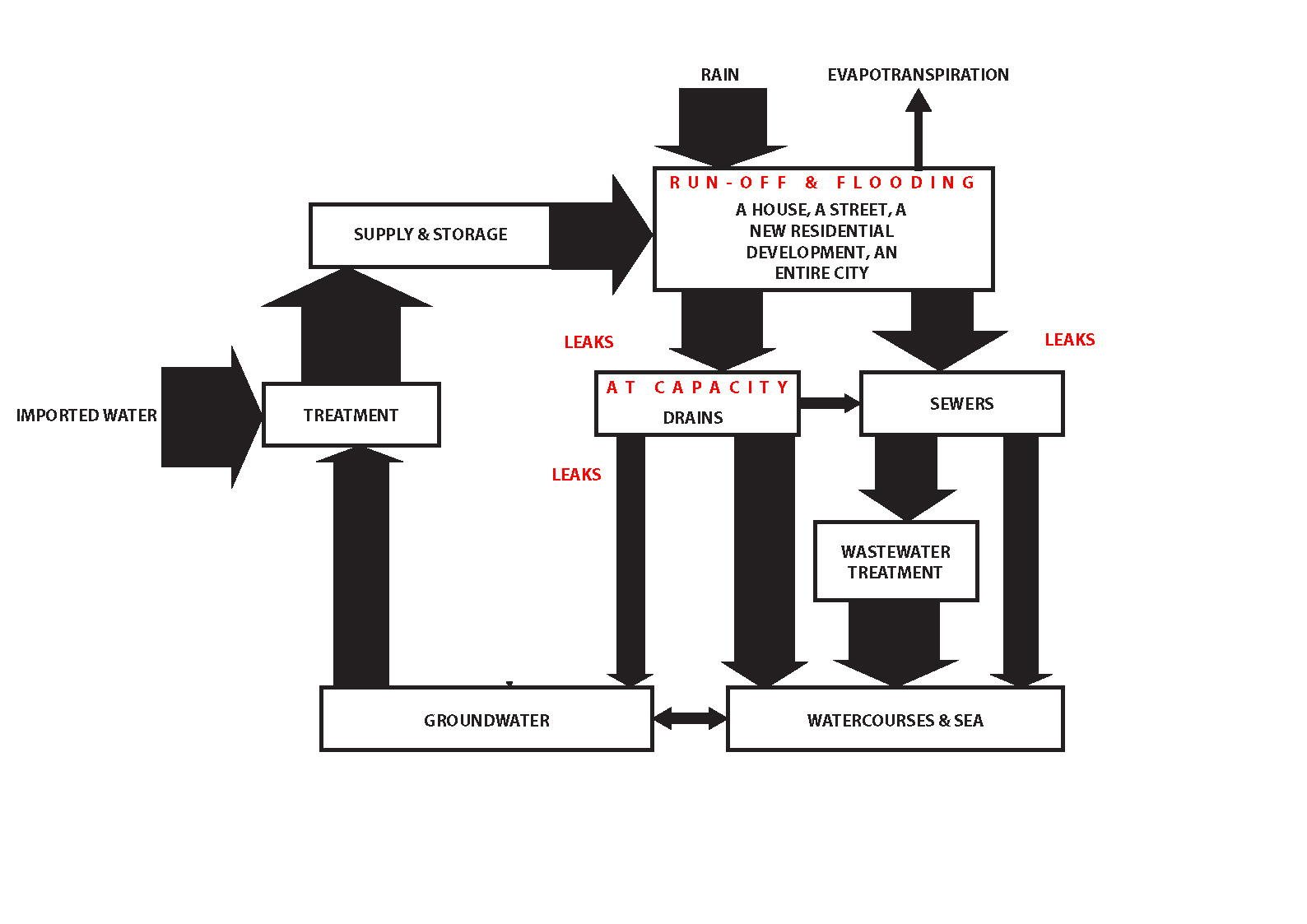 Fixing these problems will involve changing attitudes, preferably before severe shortages bite. There is much to do, but already there are plenty of good examples to follow. Instead of constantly seeking more sources of clean water (which are in any case dwindling), we need to seek ways of reducing demand, collecting rainwater in cities and recycling wastewater. Water is wasted before it reaches the consumer and much can be done to find leaks (through improved metering and smart monitoring). For example, Tokyo, a city of 12 million people, was able to reduce leaks from 150 million cubic meters (m3) of water a year in 2000 to 68 million m3 a decade later. The collection of rainwater is most commonly organized on a building-scale, with water directed from roofs into storage tanks and re-used for toilet flushing and other non-potable uses. Good progress has been made in recent years, with some governments (like Tamil Nadu in India) making it mandatory. Recycling wastewater is another way of reducing abstractions. Greywater (that is lightly polluted water from showers and washbasins) can be easily cleaned (by using sand or membrane filters) to a condition where it can be used for toilet flushing.

Having considered the supply, consumption, treatment and discharge of water and the wider implications of water use in cities, it is also important to think about the way water moves through the surface of the city itself. For example, until very recently, rain has been considered a substance that needs to be channeled into pipes as quickly as possible. This causes downstream flooding, polluted watercourses, efforts to turn watercourses into concrete-lined drains, hot and dry buildings and streets and biodiversity losses. Now people are coming to realize that restoring ecosystems in urban areas and holding water in soil and vegetation has many benefits. This begins with green (or living) roofs, where water-absorbing growing media may hold more than half of the water that lands upon them in any given year. Water lost through evapo-transpiration is not wasted. It improves the microclimate in whole neighbourhoods by reducing the urban heat island effect, preventing the sun’s energy from being absorbed into the dense materials of buildings and re-radiated at night.

Water can be collected, stored and used for irrigation or directed into rain gardens, tree pits or similar green infrastructure elements.  Rain gardens are landscape features designed to receive surface water or rainwater from downpipes. Ideally one rain garden overflows into another in a chain of features that combine to reduce the volume of water that enters watercourses. Water can evaporate from rain gardens, providing cooling and any water that flows out of rain gardens has been cleaned by the action of soil microbes.  By directing rainwater from downpipes into planted features, it is often possible to eliminate or reduce the need for artificial irrigation. An example is the vertical rain garden on Tooley Street in London.

Following prolonged or heavy rainfall, water will eventually find its way into watercourses. When watercourses were considered no more than sewers, they were often piped or lined with masonry or concrete, thereby obliterating most wildlife. There are now examples of rivers exposed once more to the sun, the so-called day-lighted rivers like, for example, the Saw Mill River in Yonkers. Where rivers have been straightened and vegetated margins erased, the process can be reversed through river restoration. City dwellers can then enjoy spending time close to what may be the most natural feature in their neighbourhood. Linear features like watercourses can also become part of a wider green-grid that links together neighbourhoods and open spaces with footpaths and cycle-ways, helping to make the city more permeable to both people and wildlife. 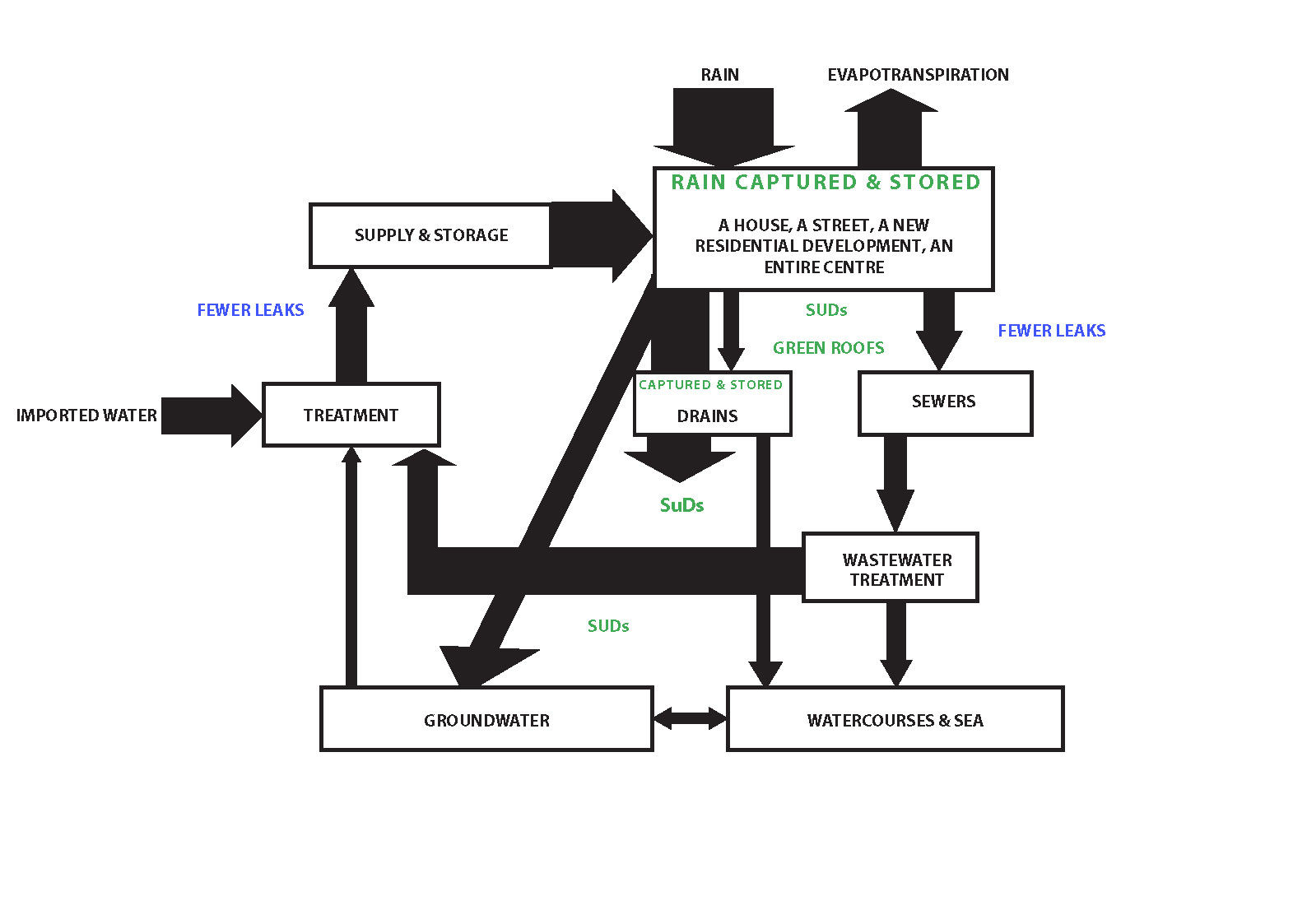 The citizens of the water-sensitive city must bring together all these ideas and features as part of an ecosystem approach (as advocated by the Convention on Biological Diversity) which brings people together to work with the grain of nature so that a full range of ecosystem services is provided within the built environment. The city needs to be considered as part of a wider ecosystem, watershed and bio-region. This will require cooperation between jurisdictions (sometimes across borders), sectors and professionals as well as full citizen participation.  Everyone will need to be much more ecologically minded and water-wise. By thinking more carefully about water, whether it is in pipes, tanks and sewers or the open-air ecosystems of the city’s green and blue infrastructure, urban areas will become more resilient to climate change. Water-sensitive cities will be kinder and calmer places to live, with people more closely connected to nature.