Woodland history and management in the Oxfordshire Chilterns: implications for the future 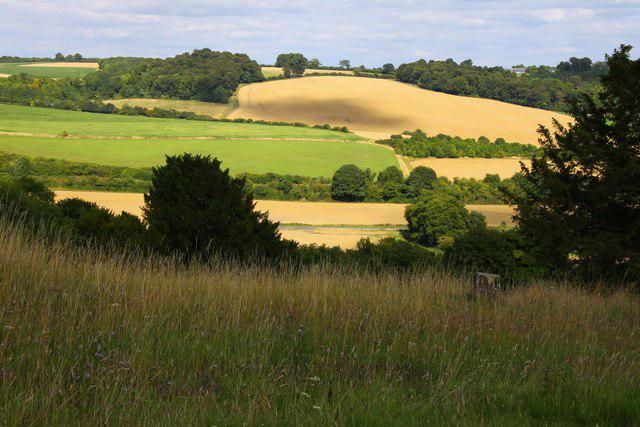 A widespread and general loss of natural or semi-natural habitat has occurred throughout England over the past 100 years, intensifying since the 1940’s, resulting in fragmentation and loss of biodiversity. In order to redress some of these losses in habitat, changes in policy and funding encourage general woodland restoration, creation and improved management and an increased focus on biodiversity including Habitat Action Plans for key habitats including lowland beech and yew.

My research focused on the Oxfordshire portion of the Chilterns AONB, the second most wooded area in lowland England. The first aim was to investigate the history of the woodland in the area using map and documentary evidence. Using historical map data from 1840 to the present day, changes in extent and composition were ascertained using GIS. By 1883 mixed woodland had been created by inter-planting within existing woodland and by 2007 mixed and conifers comprised about 30% of the wooded landscape. Changes in extent were less marked with little change during the 19th century and a small increase by 2007, probably as a result of grant schemes. This data also provided information on sites of ex-woodland; those cleared prior to 1840 identified by field names, or post-1840 identified through GIS manipulation.

Documentary research was more limited due to time constraints but nevertheless, using both primary and secondary data, succeeded in compiling a picture of the development, management and uses of Chiltern woodland over more than two thousand years. It illustrated the use of selection management for beech coppice and woodland, a system used widely on the continent but probably nowhere else in England. This system which produced numerous beech stems allowed a relatively rapid change of use from fuel to chair making in the late 18th and early 19th centuries while a further change to selectively managed high forest occurred as chair making became mechanised. Therefore the flexibility of management and its economic value resulted in less woodland loss than in many other areas of England. These findings emphasise the need for an understanding of regional historical woodland management and usage rather than the assumption that all woodland in lowland England was managed and used in the same way, a generalised view which tends to be taken by many national organisations.

The second aim of the research was to identify sites for future deciduous restoration and creation.  Hypothetical scenarios were based on restoration to deciduous of conifer or mixed woodland, including PAWS. This approach resulted in an increase in mean patch size and a decrease in the nearest neighbour distance. Restoration of mixed woodland showed the best results with the highest increase in patch size and a reduction in near neighbour distance, thus beneficial for habitat improvement and ecological linkage. This type of restoration is now a funding target in the Chilterns and would therefore result in a successful outcome if widely achieved.

In the case of woodland creation scenarios, ex-woodland sites were used as targets for woodland creation. Sites were selected either directly adjacent to existing deciduous woodland to facilitate plant colonisation or at 200m in order to capture more potential sites or linkages between woodland. This method was also used to investigate a hypothetical larger area of deciduous including all converted PAWS. Analysis of these results showed that this approach increased habitat extent and reduced fragmentation. In choosing to use these ex-woodland sites, the culturally important Chilterns landscape is retained and the character of the study area is reinforced rather than diluted, which may happen with sites targeted in other ways. This research demonstrates the importance of taking regional history and character into account when national policies are implemented at a local or regional level.