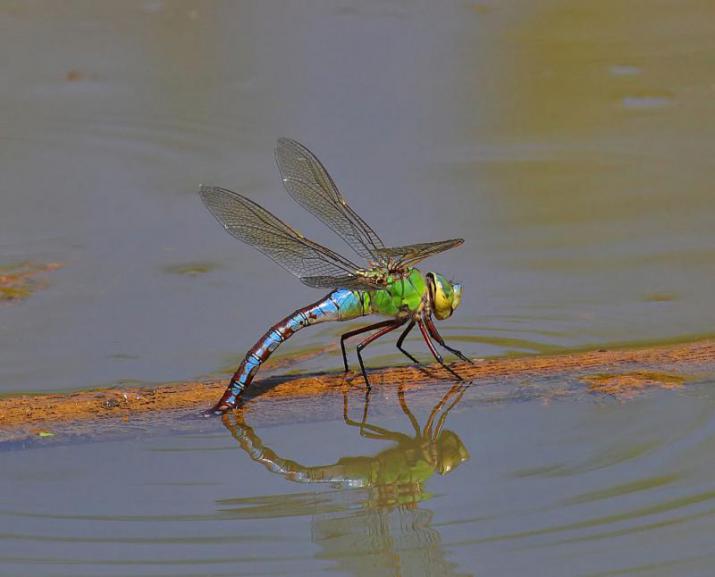 To help wildlife adapt, the resilience of ecosystems needs to be improved across the whole countryside, not just in protected areas.

The new Biodiversity Climate Change Impacts Report Card shows that wetland, coastal and upland ecosystems are at particular risk. It also shows that some species are already evolving to cope with higher temperatures by moving into new areas. For example, the Dartford warbler and emperor dragonfly have moved northwards or to higher ground as temperatures rise.

But the climate is changing so fast that many other species can't keep up. For those already based in the north or in uplands, the range of suitable habitats is shrinking; unless we take action, birds like the golden plover, plants such as the mountain crowberry, and insects like the mountain ringlet butterfly will be found across much smaller areas in future. Climate change is also increasing the risk that non-native species, including pests and diseases, will get established and spread across the UK, posing a further threat to native plants and animals. More research is needed into how climate change will interact with ecosystem services, and how this will affect us.

The report card provides a comprehensive overview of what is happening in the UK's countryside, how far climate change is contributing to those changes, and what's likely to happen next. The overview summarises the results of 17 specialised papers, each one reviewing the best evidence on how climate change is affecting a particular set of habitats.

Natural England's Dr Mike Morecroft, who led the project, said:
"Its two years since the last report card was published and the evidence for climate change impacts on Britain's wildlife continues to increase. The clearest changes in the natural environment are species occurring further north and higher up mountains than was the case in the past and for an advance in the timing of spring events such as flowering, hatching of birds and insects, and trees coming into leaf".

For the latest update we have included new information on freshwater species and habitats and soil biodiversity and reviewed what new scientific results have been published in the last two years. We also have a better understanding of how the decisions we make about land management and nature conservation affect the chances of species and habitats surviving in a changing climate. There is no doubt that climate change poses a major risk to biodiversity in the UK, but there are things we can do to increase the resilience of our natural environment."

The report card was produced by the Living With Environmental Change Network, a network of public sector funders and providers of research and evidence on environmental change. The project was managed by Natural England.

The findings will inform decisions by government, conservationists and environmental consultants. The report card's publication coincided with a workshop on Using Climate Data in Ecological Research, organised by the British Ecological Society and the Met Office.

The report is also presented in a clear and easy-to-read format.