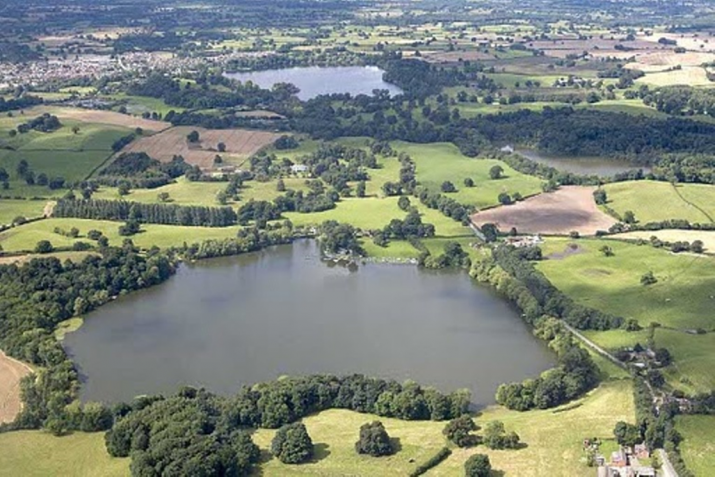 Making Space for Nature, the review of nature conservation in England completed by Professor Sir John Lawton, advocates a landscape-scale approach to conservation, to create “a coherent and resilient ecological network”, guided by 4 key principles, summarised as “more, bigger, better and joined”. At face value these principles make perfect sense, but their applicability to specific landscapes needs careful consideration. This article summarises application to the Meres & Mosses and explores what the required step change might entail.

The Meres & Mosses is a unique and internationally important landscape stretching across Cheshire, west Staffordshire, north Shropshire and the Welsh borders. Understanding its formation is key to taking forward its conservation.

The Meres & Mosses is a wetland landscape created at the end of the last Ice Age. It formed in the sand and gravel dominated moraine that marked the southern extent of glaciation. As the ice sheets retreated, massive blocks of ice fell from the glaciers into the moraine. Eventually these melted, leaving water-filled basins known as 'kettle holes'. The deepest of these survive even today as open waterbodies – the meres. The mosses formed over subsequent millennia in the shallower basins, where successional processes and peat accumulation culminated in lowland raised bog formation.

Subsequent human exploitation and intensification of land use has significantly impacted these sites. However, having formed in basins, complete drainage of the wetlands has generally proved impossible, such that some semblance of wetland, although 'squeezed' and compromised, survives in many locations.

This history has an important bearing on the applicability of the Lawton principles.

With a resource that is effectively finite and fixed, it is the other of Lawton's principles that must drive conservation in the Meres & Mosses.

A Step Change in Nature Conservation

While the Meres & Mosses landscape has seen significant conservation action over recent decades, in line with Lawton's findings this has been insufficient – sites continue to deteriorate and species be lost. So what needs to be done differently?

In simple terms the answer lies in scale of ambition. At the centre of this a re-definition of sites is required, no longer thinking about the extent of remaining habitat or a boundary drawn for designation purposes. Instead we should be thinking about what might be called “Functional Ecological Units”.

Figure 1 (right): A potential "Functional Ecological Unit" with current designations in red/pink, the FEU in blue and its associated catchment in green. 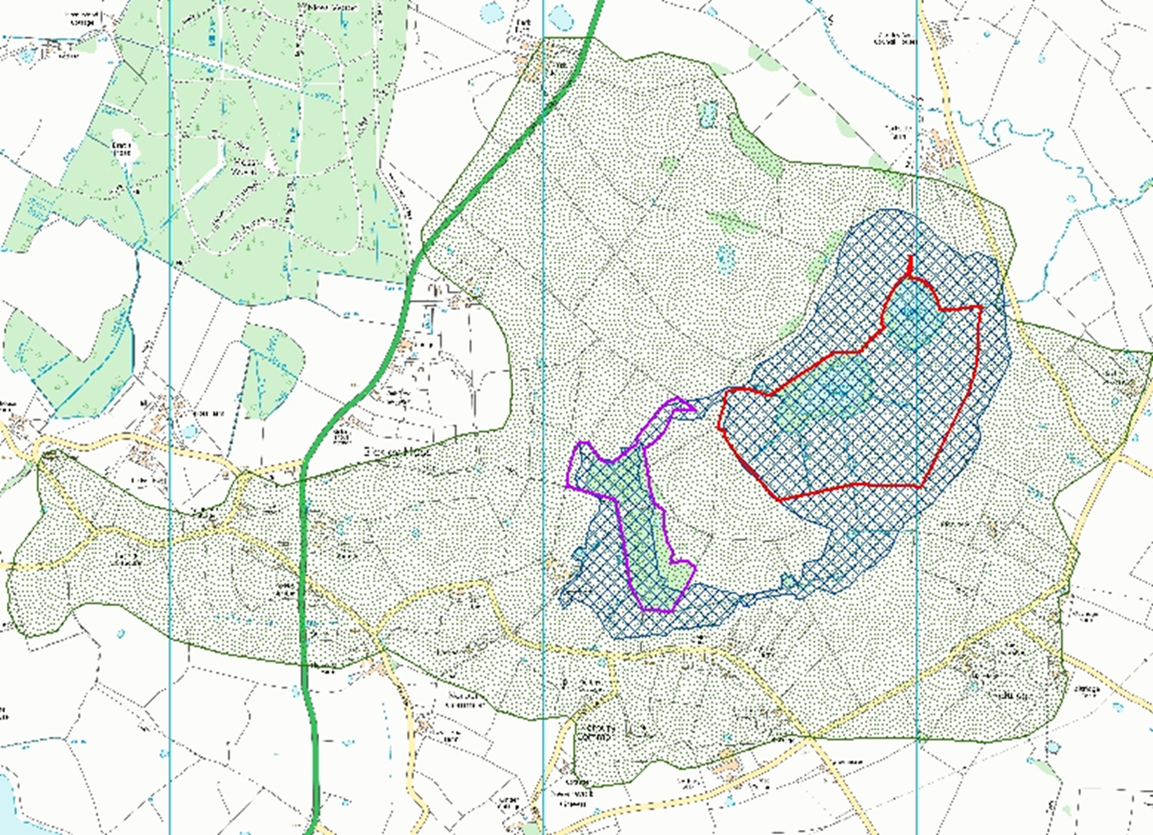 Defined on the basis of topography, hydrology, and surface geology, these units should comprise two elements:-

There are significant challenges associated with such an approach - How is activity prioritised and what do new ambitious targets look like?; How do we resource this re-vitalised landscape?; How do we meaningfully communicate these concepts to ensure wider society buy-in? But only by overcoming these challenges and up-scaling our ambition can we deliver the “coherent and resilient ecological network” that will secure a future for the unique and fascinating landscape that is the Meres & Mosses.