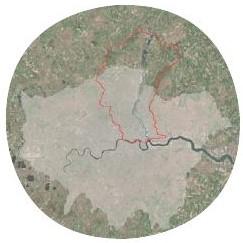 Ecological connectivity can be defined as the degree to which a certain landscape facilitates or hinders the movement of organisms and in the case of rivers is essential for the survival of riverine fish. Most fish move up and down stream through their lives to fulfil their needs depending on particular life stage (i.e. egg, fry, juvenile, adult). Some species can migrate long distances through the catchment including spending time at sea (e.g. eels). It is thus of utmost importance for the conservation of these species to ensure ease of movement along the catchment is maintained. Fish inhabit a large variety of habitats also used by plants and other animals, and are often toused as umbrella (1) species, ensuring the protection of the river environment as a whole. At medium to small spatial scales, especially in the case of a river running through an urbanized area, ecological connectivity is important to ensure survival in the short term (e.g. in case of local flood event), so that fish can move easily and freely to better locations nearby. Urban areas often contain numerous barriers, including physical (e.g. channelization, dams and locks) and chemical barriers (e.g sewage treatment works, runoff from paved surfaces and discharge from industrial areas). With these characteristics, the location and number of urban areas along a river could affect the river at a landscape level where catchments are often highly urbanised (2) unlike other parts of Europe where parts of the catchment may traverse remote wildness areas and only pass through small towns and villages. To acheive better river management, rivers, especially those which are heavily urbanised should be studied and managed at the landscape level to ensure the connectivity along them. This way riverine ecological conservation becomes a landscape ecology issue.

River Lee is an exemplary case of a highly urbanised river (52% of its catchment), with all its lower part inside Greater London area (Figure 1 above). An academic project led by Cranfield University on behalf of the Canal & River Trust aimed at identifying how the Lower River Lee could achieve “good ecological potential” as defined by the Water Framework Directive. This project proposed a multidisciplinary study including a chemical evaluation of the water quality together with an ecological assessment of the stream. The work presented here summaries the ecological assessment focused on fish.

Existing methods were reviewed and considered not suitable due to their primary use in rural situations, focus on fish species and need for large amounts of fish data. Most importantly, existing methods would not have enabled the identification of small scale variations in urban stretches of differing quality, which are critical to identifying problematic areas for fish. Therefore, a finer-scaled approach based on freely-available information was developed to assess the ecological quality. The habitat preferences of the local fish were taken into account and correlated to subtle differences along the urban stretches of the river. An example of some of the assessment questions included:

In urban stretches, with low ecological fitness, these changes make a difference, as they provide opportunities for ecological restoration that would increase the provision of mesohabitats ([1]) such as riffles, pools and glides (i.e. the creation of  greater number and variety of ecological niches) enabling fish to move in case of an unfavourable event. This method resulted in two layers of information in a Geographical Information System showing the potential suitable stretches for fish habitat and the zones where physical interventions could be made along the Lower River Lee. The overlap of these two aspects (potential habitats and ease of intervention) was merged to produce a single map showing the potential for a future habitat network in the short/medium term (Figure 2 below). 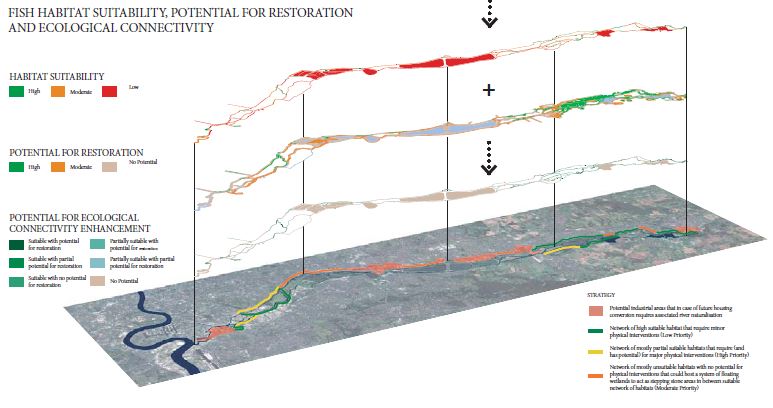 Table 1 (above): lists fish species found in the Lower River Lee, along with their habitat requirements (Environment Agency and Fishbase.org).

The results showed that 11% of the river seemed to be highly suitable for fish habitats and 36% unsuitable. Some river stretches such as those in Hackney Marshes supported some heterogeneity in channel form (i.e. provides variability in the water flow), naturalised riverbanks, and in-stream vegetation and thus were classified as highly suitable for fish. In contrast, the ones to the east of King George’s reservoir, with a uniform cross and plan-form (i.e. impedes variability in the water flow), artificial riverbed and riverbanks, and sometimes very low levels of water (highly regulated by locks) were classified as unsuitable for fish.

Despite the lower River Lee’s current low habitat suitability, 82% of the river was assessed as having high potential for physical intervention and these areas overlapped with a significant percentage with unsuitable fish habitat stretches. For example, at Royal Gunpowder Mills there is space for river restoration, improving ecological connectivity and having far-reaching benefits to the river. Due to a lack of data and their current use, existing built-up areas, were excluded from this information layer. But some regeneration plans are being made and could provide huge value. This is the case of an area adjacent to Banbury reservoir, with a masterplan already developed and known as the Meridian Water Project. In fact, it may worthwhile to include river restoration information into local planning policy for industrial areas due for regeneration, to enable a positive ecological impact on the Lower River Lee.

This research enables better understanding of river conservation issues in large urban areas and the conservation measures carried out by a variety of stakeholders (e.g. NGOs, angling clubs, public agencies), that target local problems, but may tend to disregard the large or landscape scale. For example, a fishing club could create a backwater for fish refuge and spawning ground, without noticing a weir upstream that prevents the fry moving to the juvenile habitats. The adults would spawn, but the fry would never reach the juvenile ground and the population would not increase.

Moreover, local stakeholders usually have abundant knowledge regarding the environmental status and surrounding areas, but due to lack of communication between parties ([2]) there is no efficient use of resources and funding, impeding or overlapping the environmental management. Heavily modified rivers like the Lower River Lee face intense and multiple pressures and thus large scale cross-partnership projects become key to developing a cost-effective integrated management plan.

The method we have devised could be useful for the initial stages of assessing which parts of an urban river could be restored to function better ecologically.  In the case of the Lower Lee, the outputs could inform an urban regeneration strategy for the riverfront.

The original research (Towards Good Ecological Potential in the Lower River Lee) underpinning this paper, was supervised by Sean Tyrrel at Cranfield University (s.tyrrel@cranfield.ac.uk) and developed by the authors of this article and also John Bvutula, Juan Pérez, Afua Owusu and Ben Taplin. The support of the Canal and Rivers Trust during the original research was gratefully appreciated.

Javier is trained in landscape science, planning and design. He is currently working as a landscape consultant & urban designer at Lanpro Services (UK). j.baalm@gmail.com

Hector is a forestry engineer and the CEO of Hidronico, a spanish precision farming consultancy specialised in engineering drone solutions. hector.honrubia@gmail.com

Pilar is a forestry engineer specialising in landscape ecology. She believes in holistic solutions to environmental problems. Currently, she is about to start a PhD in forest ecology in the UK. mpilarmgallego@gmail.com

Anna is a biologist with experience in water management. She is currently seeking for PhD position regarding water management and ecosystem services. sundberg.c.anna@gmail.com