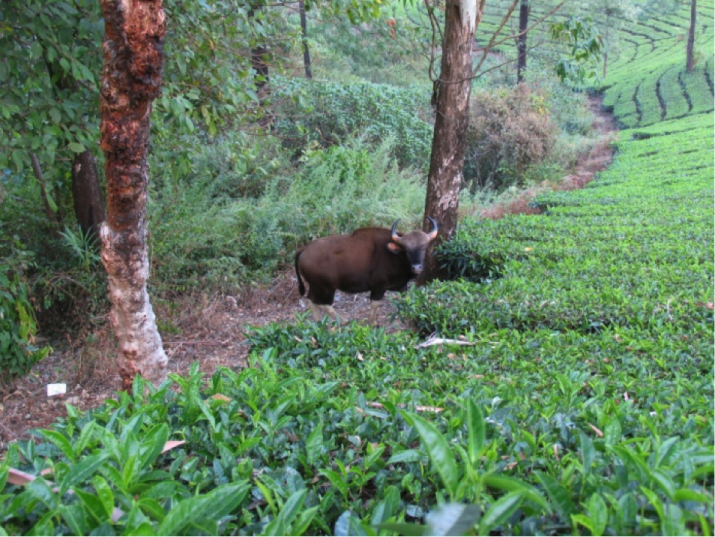 The Western Ghats mountain range in SW India is one of the top global biodiversity hotspots. The combination of altitudinal variation combined with the tropical latitude give it a superb range of habitat types from coastal plains and dry thorn forest at lower altitudes to deciduous dry and wet forests at mid-elevations through to montane grasslands on the mountain tops. This variety has resulted in a diversity of species, with Indian/Asian specialities (tigers and elephants) existing alongside a whole host of endemic species.

The diversity is only one part of the story, however, as it is the threats that exist to the habitats and species that magnify the importance of what is left. Visiting the area it is clear that while some larger protected area tracts do exist, the species that remain increasingly live in the remaining pockets of natural vegetation that have managed to persist to the present day. Conversations with colleagues in India about the most significant threat always get the same response…“habitat loss”, which covers the whole suite of landscape ecological processes from dissection and fragmentation of habitats through to shrinkage and attrition, but all traced to one main source: population pressure on resources.

The effect of these pressures can be seen to a quite extreme degree high in the Ghats among the tea plantations that exist in vast monocultures across much of the region. Interspersed with these plantations are small fragments of native vegetation that are isolated from each other and provide a reminder of the precarious toe-hold that many species have in these areas. It is in these pockets that the charismatic species such as elephants, leopards, gaur and primates persist and in doing so bring themselves into conflict with the local people. The sharp boundary between the plantations and the forest helps to underline the problems that species have in living in this landscape and restrict even further the effective size of the important core areas of these habitat patches.

Are there solutions?  Possibly. Increasingly environmental education is part of the school curriculum so children are made aware of the importance of their surroundings. Also technology, such as camera traps, GPS collars etc. provides the opportunity to monitor populations and establish movement patterns. This is really important as relatively little is known about a lot of Indian wildlife, so data deficiencies are a major cause of conflicts between NGOs, government agencies and local people. On a more practical level in some areas around Valparai bridges are being constructed over roads that cut through the forest fragments to help primates (including the endemic Nilgiri Langur and Lion-Tailed Macaque) cross busy roads. Similarly some local NGOs are even employing wardens to police the roads and to make motorists aware of the presence of wildlife.

The views and landscapes of the Western Ghats are as spectacular as the roads are terrifying. However looking from a more objective perspective it is clear that it will take substantial effort and will on all sides to counter the problems of habitat loss and fragmentation in this part of the world.