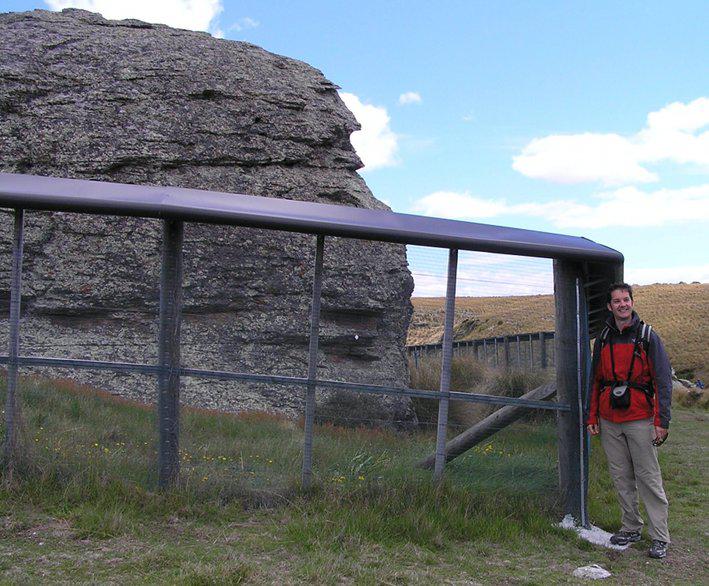 When deciding to leave the UK rather suddenly a year ago to start work on invasive species in New Zealand, without the time to do some proper background research, I left with the assumption that there would be a plethora of landscape ecologists in New Zealand with which to engage.  Knowing that the issue of invasive species pretty well dominates the ecological research done in New Zealand, and given that geographic spread is a critical step of the invasion process, it seemed logical that landscape ecology, with a focus on connectivity, would be playing a central role in trying to address the issue.

However once I began to look into the previous research that had been done, it became apparent that there wasn’t actually that much invasive species work out there that could be classified as landscape ecology.  This was in contrast to countries where I had previously worked, where there was a vast amount of literature – in fact simply far too much to ever read it all!

So this made me think, had landscape ecology failed to establish itself in New Zealand?  There certainly wasn’t an active regional chapter of IALE to join, so the thought occurred to me that perhaps I would be working in a certain degree of isolation while in New Zealand, which was not a particularly inspiring thought.

I have since learnt that this isn’t the situation, and a recent trip to the New Zealand Ecological Society’s annual meeting reinforced this view.  Numerous talks had a spatial component, but the best example, and a highlight of the conference, was a field trip to see Macraes Conservation Area in Central Otago, and what is being done to help save the endangered and endemic Otago skink (Oligosoma otagense) and grand skink (Oligosoma grande). The skink populations have been decimated by predation from a whole host of invasive species such as feral cats (Felis catus), ferrets (Mustela furo), and house mice (Mus musculus).

This turned out to be the best example of a metapopulation I had ever seen.  The skinks live on rock tors that form habitat patches that are isolated from one another by an almost uniform matrix of tussock grassland.  Most of the research being done was interested in connectivity and isolation across the landscape.  As the skinks are easy to see and are not at all timid as they bask on the tors (unfortunately making them easy prey!) and can be uniquely identified from photographs, connectivity between tors was being assessed using a mark-recapture style approach.  Radio-telemetry tracking was being used to look at dispersal, and genetic analyses had been used to look for any sub-population structure.  Predator proof fencing had also been established around some of the tors to assess the effects of isolating rock tors from predators to see how beneficial predator control is for the skinks.

So if landscape scale questions are of interest to New Zealand ecologists why is there so little New Zealand based landscape ecology literature?  Over the last year I have come to realise that New Zealand is a small country, the smallest I have ever worked in by far, and as such it simply doesn’t have the capacity to produce an extensive literature, or to support a local IALE chapter.  Therefore like all New Zealand researchers the key to keeping up to date on what’s going on in your field is to maintain international connections to see what is going on in the wider scientific community – and hence my continued interest and membership of IALE(UK).  Given I’ll unfortunately be missing out on most if not all the conferences over the next few years, things like the revamped website are most welcome as this will hopefully allow me to keep in touch with what is going on in the UK from afar to see if there is anything applicable to my own work which is looking at producing maps of invasion risk for brushtail possums (Trichosurus vulpecula).

Tom has applied landscape ecology principles in a variety of settings from reserve design in Canada to management of wildlife diseases in the UK, and is now working on invasive species in New Zealand.