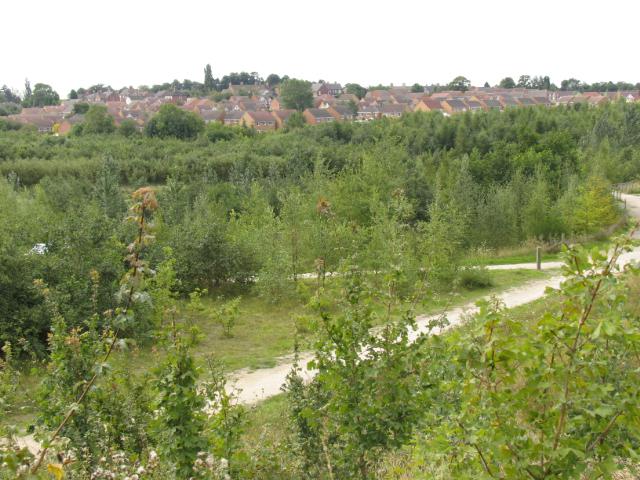 Green spaces in urban environments benefit not just wildlife, but also local communities, improving the mental and physical health of people living nearby. However, Europe is becoming ever more crowded and growing urban populations need homes and other amenities. Two opposing arguments have emerged with regards to land-use management in Europe: should cities become more compact and dense, or sprawl into the surrounding countryside? Increasing urban density can create a tension between the need for housing and the provision of green space and the ecosystem services it provides.

To measure the impact of urban planning policy on green space, the researchers investigated England, UK, as a case study – a highly urbanised region. They examined satellite data for the 13 largest English cities taken in 1991, 2001 and 2006 to identify green space and built-up areas. They also used MODIS Enhanced Vegetation Index data to monitor overall changes in the level of greenery in each city compared to neighbouring rural areas. Finally, the researchers examined population changes in the cities using two sets of data: census data from 1981, 1991 and 2001, combined with dwellings numbers from the same three years, plus 2006 and 2008. This information was then analysed alongside national policy changes that took place in 2000.

The results revealed that urban green space has increased in 12 of the 13 cities studied since 1991. At the same time, the populations in nine of these cities also increased and all 13 became denser as the number of homes increased faster than the total urban area.

However, the increase in green space mostly occurred before 2001. This could be attributed to large areas of industrial land being abandoned throughout the 1980s and 1990s, although there is no reliable data to confirm this. After 2001, green space in nine of the cities decreased, which the researchers attribute to new policy guidelines introduced in 2000. The guidelines were designed to limit urban expansion into rural areas by encouraging development of brownfield sites, such as abandoned industrial land, parks, allotments and domestic gardens, i.e. densification was favoured. These guidelines aimed to increase dwelling density to at least 30 units per hectare. The policy targets, which sought to ensure that 60 per cent of all new dwellings occupied brownfield sites were met by 2004, and dwelling density has quickly exceeded 40 units per hectare.

The health benefits of urban green space are recognised by policymakers in the UK and the rest of Europe. However, there are conflicting pressures within a complex policy environment facing urban planners. Increasing urban green space is possible, as the amount of green space appears to respond quickly to policy changes, but the researchers caution that this could place further pressure on neighbouring rural regions.