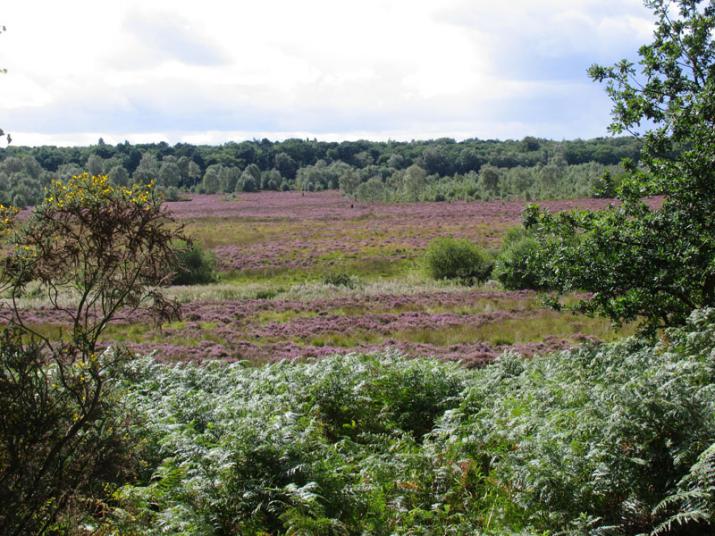 Landscape ecology has emerged as an integrative framework for large scale biodiversity and conservation planning as it offers a set of principles and a common language that has the potential to link policy with practice. It allies sound knowledge about the behaviour of ecosystems and their components with the techniques and tools to investigate at scales beyond a single location. Urban landscapes typically exhibit combinations of environmental features that are rarely encountered in non-urban settings resulting in habitat types, landscape associations and vegetation communities not found elsewhere. Specifically:

Despite (and often because of) these factors urban landscapes are surprisingly diverse, containing much in the way of conservation-worthy habitat and wildlife.  Many of these habitats are in direct contact with human habitation giving any area, no matter how small, both an ecological and cultural value.

A useful overview of the basic principles was published by Forman (1995) and these, along with how these can be modified by the peculiarities of the urban condition are outlined below.

The Landscape and Regions concept is central with local ecosystems/land uses repeated over the land forming a landscape which is the basic element in a region – a non-repetitive, high-contrast, coarse-grained pattern of landscapes. In urban areas there is often a very distinctive mix of coarse and fine-grained landscape patterning that gives it its character. In different parts of the world the uniqueness of the patterns are inherently part of the local landscape distinctiveness, e.g. US road grid patterns.

There is significant  importance in the arrangement of, and interactions between, patches (areas distinct from their background or surroundings, i.e. the matrix) linked by corridors. This gives an easily conceived view of an urban area with patches of greenspace linked by river/rail/canal corridors across an otherwise hostile (or species impermeable) matrix. In reality while many species are excluded, many also flourish both within this semi-natural patch and corridor arrangement but also within the matrix, e.g. within the large areas of gardens in all urban locations as well as localised transient habitats and brownfield sites.

Vegetation patches can come in all shapes and sizes, but sometimes greenspace in urban areas is so heavily constrained by its context that  nothing short of a compelte re-think will make it more people and biodiversity friendly! Here in Budapest this situation can be seen with the Danube to the left and the main road, trams and buildings to the right. © C Young

Large natural vegetation patches are important to provide biodiversity resources but also ecosystem resilience (the ability to help absorb extremes of ecosystem stress). The idea that in any ecosystem large patches are better as they give both interior and edge habitat is well-known. In urban areas larger vegetation patches have multiple additional benefits that may have a relatively larger impact their non-urban counterparts. Not only do they provide a significant resource for biodiversity (both a source and a sink) but they also buffer the urban area from extremes by absorbing noise, pollution and flooding. Additionally their context gives these areas significant aesthetic, recreation, quality of life and economic value.

Patch shape is strongly influential, with the ecologically optimum shape having a large core with curvilinear boundaries and narrow lobes in combination with a location-specific orientation. Maximising edge diversity and shape alongside a large core area gives more biodiversity opportunities and also aids in enhancing ecosystem resilience (the ability to bounce back after disturbance) and aesthetic benefits. In urban areas these are often significantly constrained by neighbouring land uses resulting in sharp linear boundaries and transitions between adjacent land uses with little opportunity for remedial work.

Interactions among ecosystems are vital with all ecosystems in a landscape being interrelated and flow rates between ecosystems declining with distance. In urban areas flows may well be more disjointed due to harsher localised matrix components. Urban landscape management should try and ease flows between ecosystems to promote the movement of species and ecosystem services. The concept of ‘stepping stones’ of localised greenspace are often cited as being especially relevant in urban areas when corridors are absent as they improve the chances of flows occurring by providing intermediary locations of varying sizes between otherwise spatially separated patches. Gardens may well provide many of these kinds of functions but despite recent work in Sheffield their precise landscape roles are poorly known.

Landscape resistance results from the arrangement and type of the spatial elements of patches, corridors and the matrix. This determines the ability of species, energy, material and disturbance to move across a landscape. Although the various landscape constituents permit movement across them, this varies considerably both with the land-cover in question and also the organism in question. For example, urban areas are relatively permeable (low resistance) to humans yet are relatively impermeable (high resistance) to other large mammals. Some corridors may act as route ways for some wildlife but may be barriers to others.

Grain size is important with a coarse-grained landscape (large patches) with some smaller areas dispersed throughout gives large-patch ecological benefits and caters for multi-habitat species, including humans. The size of patches (the grain) is important. Humans work best in landscapes with a variety of different patch types and sizes. Many other organisms require very particular patch sizes and arrangements to accommodate their life histories. In urban areas these may be nearly impossible to account for.
Landscape change happens as the result of a sequence of land transformation processes. These increase habitat loss and isolation but have different effects on spatial patterns and processes. These processes may be difficult to identify or may even be simultaneous but represent how landscapes transit from a single homogeneous state to losing the original interest. In urban areas such transitions are often rapid and do not really allow for the landscape to adapt to the new spatial patterns before further disturbance occurs.

Land containing humans is best arranged ecologically by aggregating land uses, yet maintaining small patches and corridors of nature throughout developed areas, as well as outliers of human activity spatially arranged along major boundaries. This arrangement is intrinsically what much in the way of urban landscape management should be aimed at. Biodiversity and ecosystem services are part of what works best in urban areas and are not just add-ons.

There are some indispensable patterns for which there is no known substitute and are top-priority patterns for protection: large natural vegetation patches, wide vegetated corridors protecting water courses, connectivity for movement of key species among large patches and small patches and corridors providing heterogeneous bits of nature throughout developed areas. There is no-known true substitute for urban greenspaces: once it is gone it is gone. Brownfield/post-industrial sites have an important contribution to make in urban areas fulfilling some of these functions, however it is not the same as the original semi-natural vegetation and its associated flora and fauna.