Natural Capital – investing in a green infrastructure for a future city 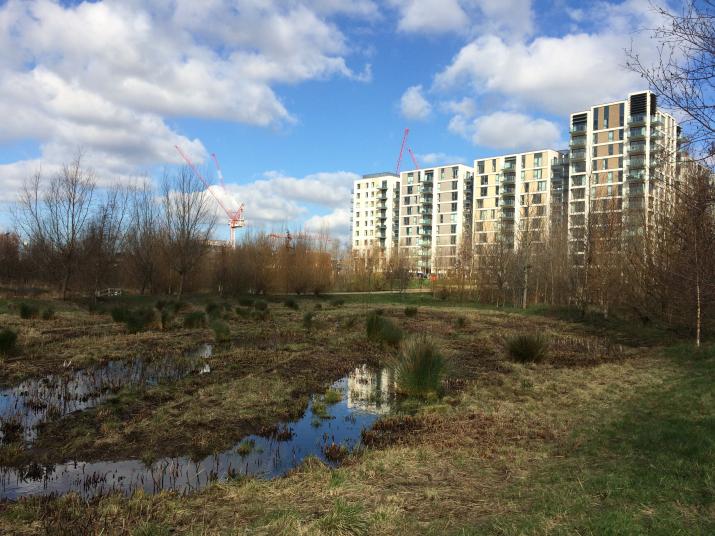 London is growing. Current projections suggest a population of 10 million by 2030 and 12 million by 20150; a significant increase on the 8.6 million of today. A growing population is demanding more housing, better transport, increased provision of schools and hospitals. London government, and Londoner’s themselves, want London to remain one of the greenest big cities on earth.

How do we square this circle of increased, space-hungry growth and the maintenance of a green and pleasant London?

The recent report of the Green Infrastructure Task Force aims to encourage a shift in policy away from green space as amenity towards green infrastructure as a service that addresses people’s needs - in ways that also make the city greener and more ecologically robust in the longer term. These benefits include flood mitigation, improving air and water quality, cooling the urban environment and enhancing activities like walking and cycling.

At its heart, the report calls for a rethinking of the purpose of London’s green spaces and its natural environment.  It proposes that green infrastructure should be defined as a network of green spaces (as well as features such as street trees and green roofs) that is planned, designed and managed to deliver a range of benefits, including: healthy living; mitigating flooding; improving air and water quality; cooling the urban environment; encouraging walking and cycling; and enhancing ecological resilience; and that this green infrastructure should be informed by and deliver these objectives:

These are not especially new ideas, but they do help reinforce the premise that existing green spaces and new green infrastructure should be designed and managed with the principles of landscape ecology in mind. The cityscape should be equipped for future challenges and future needs, rather than simply replicating historic design and reflecting current use.  It is an unashamedly more utilitarian view of the role of the natural environment in the city, but one which may provide a more compelling argument for maintaining London as a green city. 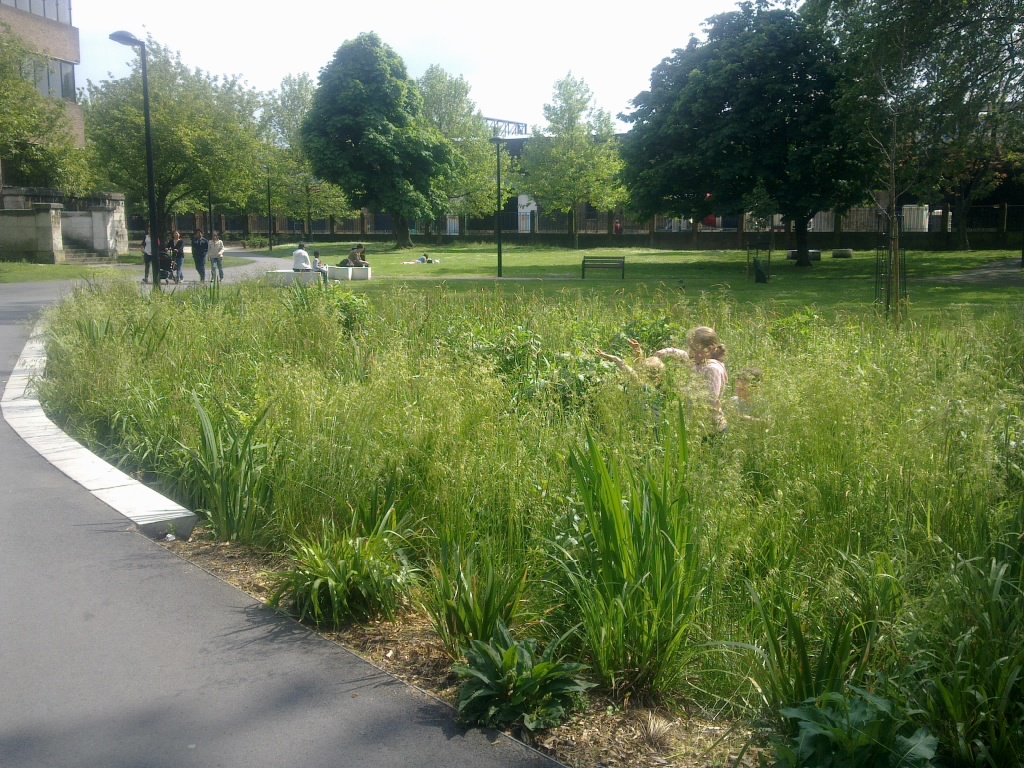 Post-script from ialeUK Editor: The report is an interesting and valuable read for anyone involved in green infrastructure. It is well presented with 4 clear sections: Rethink Purpose; Reframe Value; Restructure Governance; and Release Funding. The situation in London is critically explained and solutions considered, drawing on case-studies in London and further afield. There are also some really good maps. Pages 7-9 has a useful summary of recommendations, including those which are a priority immediately. The report directs some of its goals to the new London Mayor and to London Boroughs, clarifying where roles lie and how best to deliver a shift in culture. It is intended to provoke discussion and debate and any feedback to Peter would be valued (photo above -  kids playing in a shallow rain garden in a churchyard-park near Tower Bridge, central London). Peter is talking about green infrastructure at a free event called London Landscape held on the 14th in Clerkenwell, london - sign up soon as places are going quickly.