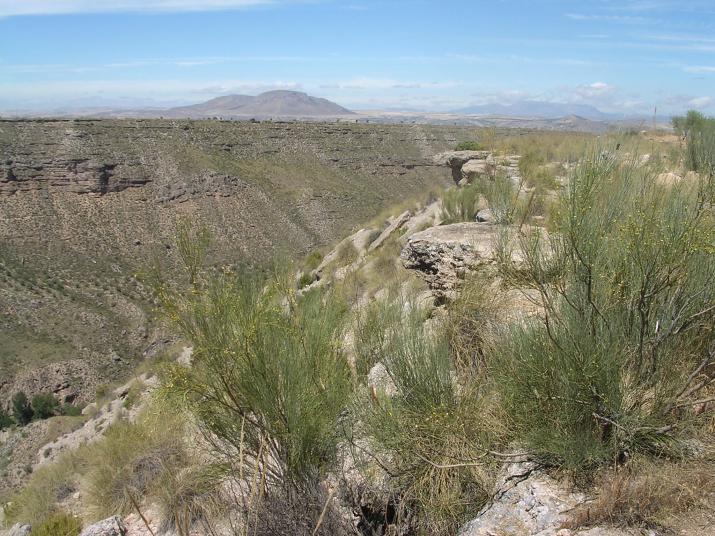 The European Landscape Convention (ELC) produced a change in landscape policy approach of several signing European countries.  38 countries so far have accepted to characterise and assess their landscapes. It was hoped that the characterisation process across Europe would not only benefit from an exchange of experiences and methodologies between countries (allowing a harmonisation of procedures), but also a compatibility of outputs at the European level. However, in reality the harmonisation has not worked as expected and in some cases did not even happen inside the same nation.

This is the case for Spain, where the transposition of the ELC into its own national legislation created almost as many policies and methodologies as regions in the country! So, you may be wondering why is there no common national methodology like the British Landscape Character Assessment? And how different are the methodologies within different regions?

Spain has a system where some responsibilities and powers are region-owned and not state-owned[1]. This means that in some cases the transposition of voluntary European or international conventions are done only into regional laws and legal instruments. This is the case of the ELC1 and the reason for the variation in landscape policies across Spain. Regions across Spain approach the study of landscape in different ways and this has influenced the methodologies and approaches applied to any given area. For example, in some regions the study of landscape is considered a visual perspective, rather than a physical reality; ecological aspects can either be considered part of, or not part of the landscape. Landscape is sometimes addressed in an independent way or integrated with other resources. To illustrate how these differences might work in practice, I briefly describe a national case study: the Spanish Landscape Atlas and two regional case studies from Catalonia and Valencia.

The Spanish Landscape Atlas (SLA) was a document created by researchers of Universidad Autónoma de Madrid, on behalf of the Spanish Ministry of Agriculture, Food and Environment. It has national coverage and is not dissimilar to the UK National Character Areas map.  The SLA used three hierarchical levels for the characterisation: Associations of Landscape Types, Landscape Types, and Landscapes[2]. The factors employed for their identification included geology, geomorphology, climate, landform, hydrology, soil, land cover, land use patterns, and time-depth. But not all of these factors have been applied at all the levels, nor considered with the same weight. The big difference to the UK, is that the Spanish landscape Atlas is not recognised within planning policy and therefore its use by Spanish regions, local authorities and landscape consultants is completely voluntary. Only a few Spanish regions, such as Castilla-La Mancha, has fully accepted the SLA characterisation.

The first case study at a regional level is the Catalonian landscape character studies called Landscape Catalogues. This was created by a public institution called the Landscape Observatory of Catalonia and employed only one hierarchical level, which considered a large number of elements. These included the typical elements such as landform, slope, elevation, orientation, land cover and historical landscape patterns. Other less typical elements included: landscape fragmentation and diversity (from a landscape ecology point of view and using landscape ecology metrics), visibility, recent dynamics and trends, and sensus loci [3]. The last one is a socioeconomic factor (this factor is calculated through public participation workshops and meetings with key groups of stakeholders).

The second regional case study was for the Valencia landscape character methodology, which was published by the Department of Infrastructures, Land and Environment. Its main purpose is informing private landscape practitioners. The methodology employed four hierarchical levels: regional, county, town and urban landscapes. Typical elements included geomorphology, landform, hydrology, land cover, human settlements and water bodies, but an interesting aspect of this methodology was the need to value each identified landscape based on its landscape quality, visibility and social value (this last factor was calculated through public stakeholder engagement workshops). Therefore, the Valencian method mixed landscape character assessment with landscape evaluation.

After only a brief explanation some differences can be easily pointed out. These are:

Obviously there are many more differences and complexities between these three methods, but I hope the brief explanation, provides a flavour to some of the issues that arise from a lack of harmonisation. For a landscape professional working in Spain, it is necessary to have a good working knowledge of the different regional methodologies and also a good understanding of the implications of different landscape scales and the influence different elements may have on the results of a landscape assessment, if they are included or not.

On a positive, the variation across the regions has provided a good opportunity in terms of applied landscape research. Spain is becoming a huge landscape laboratory where in most cases similar types of landscapes will be studied, classified, characterised, planned, designed and managed under different landscape evidence over future decades and this will influence their evolution and development. At the end, this will provide a large quantity of information of the virtues and defects of each method/approach that could help inform future landscape studies in Spain and further afield.

Javier Babí Almenar is from Spain and trained in landscape from a scientific, planning and artistic point of view. He is currently working in the UK as a landscape consultant and urban designer. He can be contacted on j [dot] baalm [at] gmail [dot] com

[1]For fuller explanation refer to the sub-section -Institutional framework and allocation of responsibilities in Spain: https://books.google.co.uk/books?id=gWhk65rEU-4C&pg=PA197&lpg=PA197&dq=spanish+institutional+framework+and+allocated+responsibilities&source=bl&ots=NitZ3kt4JS&sig=J79faqTHy6EAPjus3_JnQS_tWF4&hl=en&sa=X&ved=0CCgQ6AEwAGoVChMIxOi-iZuDyQIVBoUPCh0DlwdW#v=onepage&q=spanish%20institutional%20framework%20and%20allocated%20responsibilities&f=false