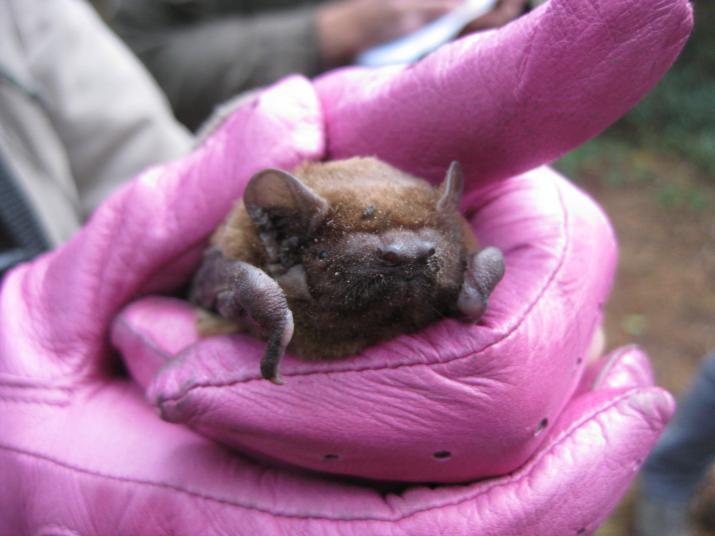 When thinking about urban landscapes and how animals and plants conduct their lives within them, bats make for a fascinating object of study.  Bats are nocturnal but they experience the urban landscape in a fundamentally different way to most other species by using ultrasound as their primary sense for navigation and feeding.

It’s surprising how little we know about some basic aspects of bat ecology in towns and cities.  For example, how do bats move about the urban landscape?  How are different bat species affected by different configurations of grey and green habitat?  Which human disturbances are most detrimental to bats?  If we are to conserve bats in towns and cities, our understanding of the factors affecting bat diversity and abundance needs to be improved.  Bats are thought to be a general indicator for the ‘health’ of the natural environment (Jones et al 2009), so improving our understanding of their urban ecology is of broader importance to conservation of biodiversity in towns and cities.

The London Bat Atlas
In 2015 the London Bat Group published The Bat Atlas of London (Law, 2015).  The atlas was a milestone achievement for the London Bat Group and a culmination of the tireless work of a small band of volunteers.  The London Bat Atlas shows the known distribution of at least 10 native species of bat across the vast urban sprawl of Greater London.  It also sets the scene for years of future research to validate, improve the accuracy and attempt to explain our preliminary understanding of the diversity of bat species and their distribution across the Capital.

Gradients of urbanisation
The general impression most people have is that increased urbanisation of the landscape leads to decreased biological diversity.  In very general terms this hypothesis may hold true comparing entirely green spaces with entirely grey spaces (e.g. Hale et al. 2012).  The distribution maps presented in the London Bat Atlas do not support the simplistic idea of ‘inner London poor for bats / outer London good for bats’ nor is there any simple relationship between built density and bat diversity.  Indeed where urban garden and parkland habitats butt up against intensive arable farmland, cities may sometimes support higher bat biodiversity than the surrounding countryside (e.g. Gehrt and Chelsvig, 2004).  Where fingers of semi-natural green space and rivers penetrate into a city it is also likely that this will disrupt any simplistic analysis of how bats respond to urbanisation.

A multitude of other factors may affect bat distribution and abundance in the city.  For example, Paul Lintott’s study of bats in Edinburgh, Glasgow and Stirling (Lintott et al. 2015; Lintott et al. 2014) showed that soprano pipistrelle bats were more likely to occur than common pipistrelle bats in urban woodland with low clutter (e.g. understorey vegetation) which were in parts of the towns with lower built density.  In addition, Lintott also found that female soprano pipistrelle bats favoured foraging in urban woodlands which were better connected, highly cluttered and had more mature trees than did males of the same species.  It is thought that female bats require higher quality habitat to cope with the high energetic demands of pregnancy and lactation.  This opens the interesting prospect that the quality of habitat for female bats could be a limiting factor in some urban settings. Lintott has also looked at data from urban areas across the UK, including London, and found that even species such as pipistrelles that appear to be relatively well adapted to urban environments may be negatively impacted by urbanisation (Lintott et al. 2016). 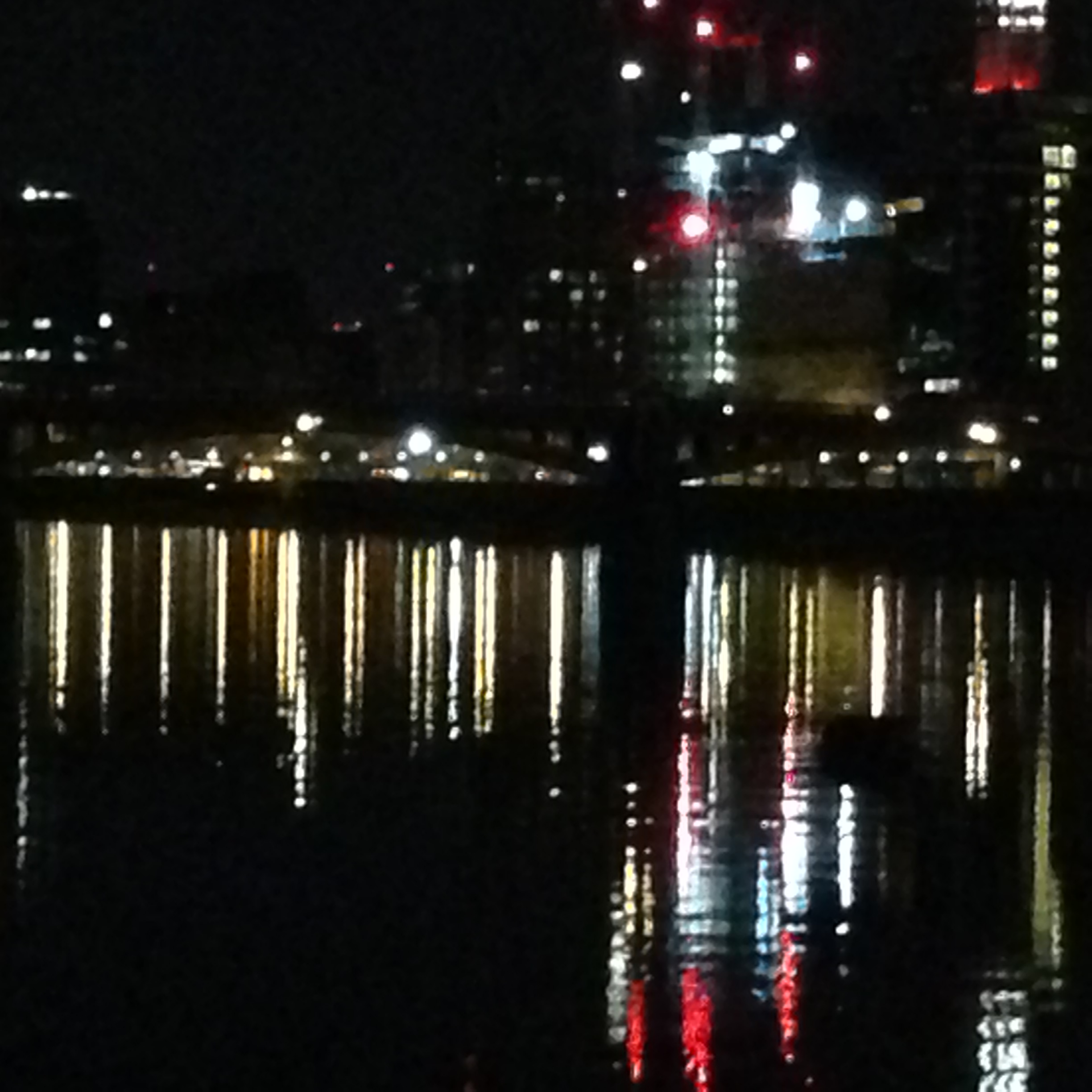 London Bat Group members’ research into bats (Fure, 2006) disabuses us of the old idiom ‘as blind as a bat’.  In fact, bats are not blind at all but their sight is highly adapted to low light conditions.  Although certain species, such as pipistrelle bat species or the noctule bat may be attracted to street lamps to feed on insects, in general there is a growing body of evidence to suggest that bats are negatively affected by artificial lighting (e.g. Stone et al. 2015).  Artificial light which emits wavelengths in the UV and particularly blue and white spectra is likely be most disruptive to bats (Bat Conservation Trust, 2014).  Some species of bat will avoid illuminated areas, for example, many bats in the Myotis genus (such as Natterer’s bat) and horseshoe bat species (Stone, 2013).  This can lead to loss of areas which could otherwise be used for feeding and/or disruption of commuting routes between roosts and foraging areas (Stone et al 2009).  Artificial lighting may delay the time at which bats emerge from their roosts leading to reduced time in which to forage at night.  It may also disrupt the distribution of bat insect prey (e.g. Bruce-White and Shardlow, 2011) damaging traditional bat foraging areas.;

Understanding the geography of lighting is likely to be key to conservation efforts for bats in London.  The Thames Landscape Strategy’s lighting scheme for the Warren Footpath, which connects Twickenham and Richmond along the River Thames, is a flagship scheme for consideration of human requirements alongside those of bats.  The lighting scheme makes use of lighting directed away from key bat foraging habitats in trees and on the river and uses innovative sensors to allow individual lights to be controlled, thus reducing impacts on key features of importance for bats.  There are also other benefits to these approaches such as reduced energy costs and decreased light trespass blight in certain natural landscapes. 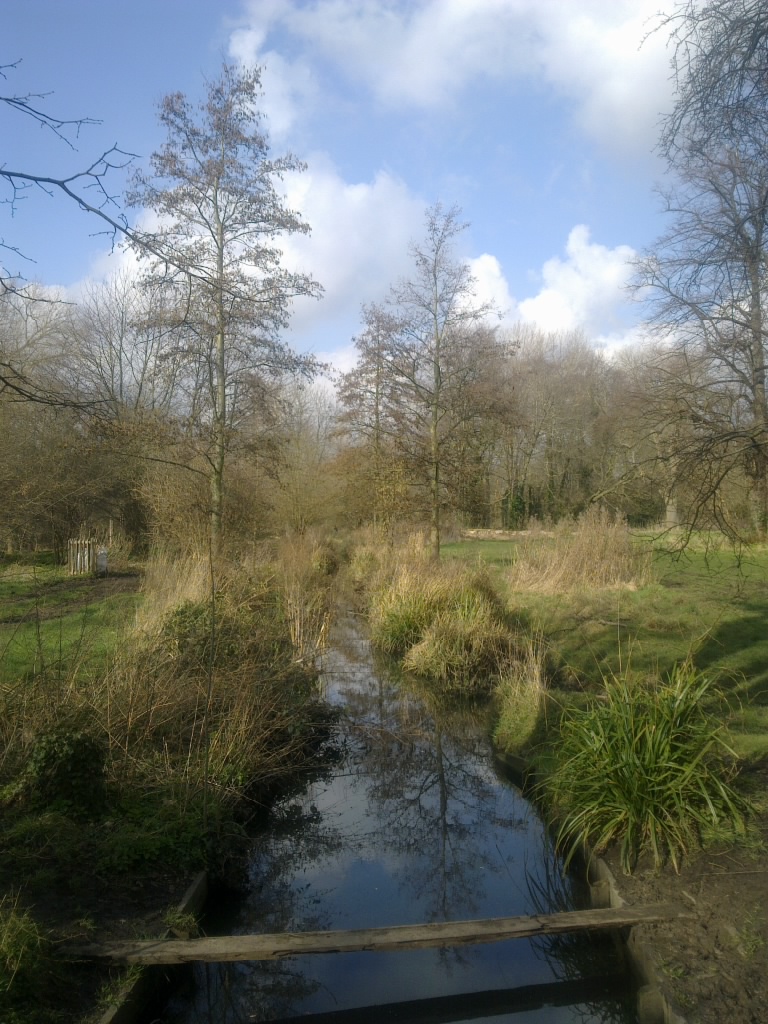 A commonly asked question of London Bat Group members is - where does someone go to see a bat in London?  The unequivocal answer is always – ‘find your nearest lake, canal or river’.  Studies have been undertaken by London Bat Group members at a number of wetland sites across the capital including: the (now disused) Surbiton filter beds (south west); the South Norwood Lake (south east), the London Wetland Centre (south west); the Brent Reservoir (north west); and canal systems in the River Lea valley (east).  Wetland environments attract species that specialise in foraging over water (e.g Daubenton’s bat) and those which are more commonly found near to water (e.g. soprano pipistrelle bat).  However, it is possible that given other issues facing bat populations in urban areas (e.g. light pollution and lack of semi-natural vegetation), that wetlands provide dark, insect-rich refuges in the urban landscape for bats to use.  For example, surveys at both the London Wetland Centre and South Norwood Lake frequently record over six species of bat (three species of pipistrelle, Leisler’s bat, noctule and Daubenton’s bat).  Whereas surveys of nearby amenity green spaces in both locations will rarely reveal more than one or two species.  For many years London’s lakes have been good places to find the Nathusius’ pipistrelle, a species regarded as nationally rare (link to more information).  Particularly during the autumn and spring migration period where Nathusius’ pipistrelles from eastern Europe migrate across the continent and in/out of the UK.  In recent years bat workers in London have found male and female Nathusius’ pipistrelles in suitable breeding habitat during the summer months introducing the exciting possibility that these rare bats may actually be breeding in London and emphasising the importance of conserving the natural habitats found in London’s wetlands.

Conclusion
Bats are the only flying mammals and they are also one of the most diverse groups of mammals.  Bats may also be good indicators of the health of urban ecosystems.  Thinking like a bat introduces some novel considerations in relation to how we should conserve urban biodiversity and how we may design the urban landscape to benefit wildlife.  These imperatives are of increased importance given the continued erosion of semi-natural green spaces and wildlife in places like London (London Wildlife Trust, 2015).  Collection of bat distribution data at the city scale, as exemplified by the London Bat Atlas, sets a benchmark with which we can assess measures to conserve bats in the future.  If you would like a copy of the Bat Atlas of London please email enquiries@londonbats.org.uk.

Richard is a Principal Ecologist at WSP | Parsons Brinckerhoff and Chairperson of the London Bat Group - the group is keen to promote bat conservation issues in urban areas. The views expressed in this article are his own.