A dataset of landscape features 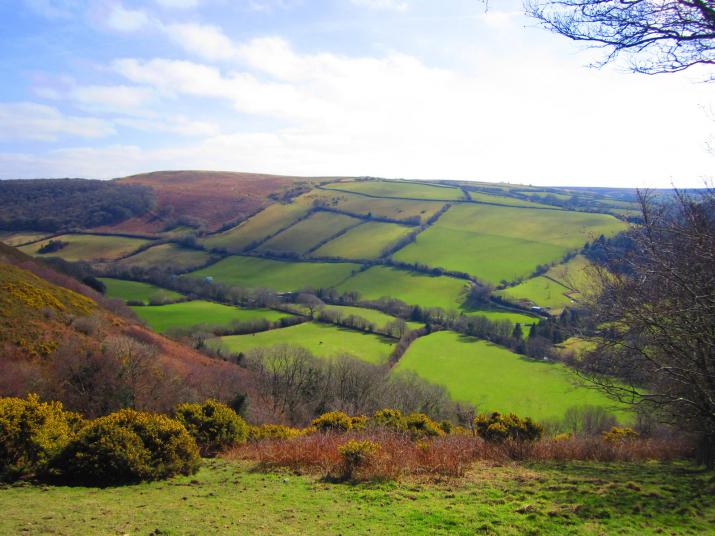 In the Autumn of 2014, the Rural Payments Agency (RPA) asked Ordnance Survey (OS) to accurately locate and map every hedge in farmland England for an exclusive new digital dataset. The dataset would help farmers demonstrate their land has ecological benefit, while in turn helping the farmers receive payments and other associated benefits for looking after this iconic feature of the English countryside.

To create the dataset the project team introduced a newly developed machine learning system to automatically capture hedges for input into what would become the new OS Landscape Features Layer. The hedges, all 373,919 km of them, were identified and classified from high resolution aerial imagery and height information. Since launching earlier this year the automated process now embedded in OS’s processes sees seamless updates made to the digital dataset each day.

Common Agriculture Policy regulations require effective administrative controls to be established, and the new dataset, as a control layer of mapped hedges, plays an important role in which subsidy claims from farmers can be precisely verified. Farmers applying for the Basic Payment Scheme need to meet the EU’s new ‘greening rules’ and hedgerows can be declared by farmers as to meeting some of these ‘greening rules’, which means farmers can be paid under the Countryside Stewardship Scheme to manage and improve hedgerows. Hedgerows are also protected under Cross Compliance Regulations, which restricts farmers to when they can cut or trim hedges. They also cannot remove any of their hedgerows without first gaining permission from their local authority.

The wider importance of hedgerows

The wider importance of the hedgerow has risen in recent times. This is due mainly to its capacity to reduce pollution and protect against soil erosion. They are increasingly being used in water supply management and flood control. The hedgerow manages to perform these important tasks while also being home and larder to a rich and diverse collection of insects, birds and mammals. In this respect, the OS Landscape Features Layer is beneficial to other environmental policy areas, such as the Rural Development Countryside Stewardship Scheme, where the management and improvement of hedges are key options for improving habitats for invertebrates and over-wintering birds.

OS data was also used recently to help the Moors for the Future Partnership (MFFP) in their efforts to reverse more than 200 years of damage from industrial pollution and wildfires to the South Pennine Moors. Covering approximately 650 km², the moors had been severely damaged and left with large areas of uplands bare of important vegetation. To provide a baseline at the start of the project, as well as an easy way to target future restoration works and chart progress, MFFP created a Land Cover Map. As the area that needed to be mapped was so large, satellite and aerial imagery were combined with field survey data, and this data was analysed to produce a map displaying the moor’s various habitats.

OS MasterMap was used, as it can mask out any unrequired features. In this case, water and manmade/urban ones. This was pivotal to the project, as satellite imagery alone would not have picked up roads, rivers and houses obscured by trees and anything else impeding the view. OS MasterMap Topography data provided detailed views of the landscape, while surveyors and volunteers used OS 1:25 000 Scale Colour Raster maps to go out and directly observe 233 areas for clarification or ‘ground truthing’ before data was then updated to the geographic information system (GIS) and included on the final land classification maps.

The map is now a key visual aid to support publicity to landowners and members of the public. Helping MMFP with its aim of safeguarding moorland life for the future by restoring a wetter more resilient habitat with a reduced risk of wildfire and downstream flooding.

A similar project covering the entirety of England, saw OS MasterMap Topography used by Natural England to consolidate its 24 datasets into one single layer and source for truth. Natural England's priority habitat inventories hold data on nationally important areas of conservation (such as lowland meadows and blanket bog). However, the varying quality of this information made the database difficult to maintain and use. Using OS MasterMap Topography Layer, Natural England developed an automated process to collate its various datasets into just the one layer - saving money and time (If this process had been undertaken manually it’s estimated it would have taken one person working full time 12 years). The single layer now makes it easier for Natural England to maintain its database of the 1150 species and 65 habitats listed as conservation priorities under the UK Biodiversity Action Plan. It also enables this important reference source to be accessible and kept up-to-date, underpinning conservation action in England for the next decade.

Keegan Wilson is the senior press officer at Ordnance Survey.  Have you used OS data in an interesting way? Keegan is interested to hear about it. Contact her on keegan.wilson@os.uk. For more information about OS data, contact Customer Services on Tel: 03456 050505 or email customerservices@os.uk