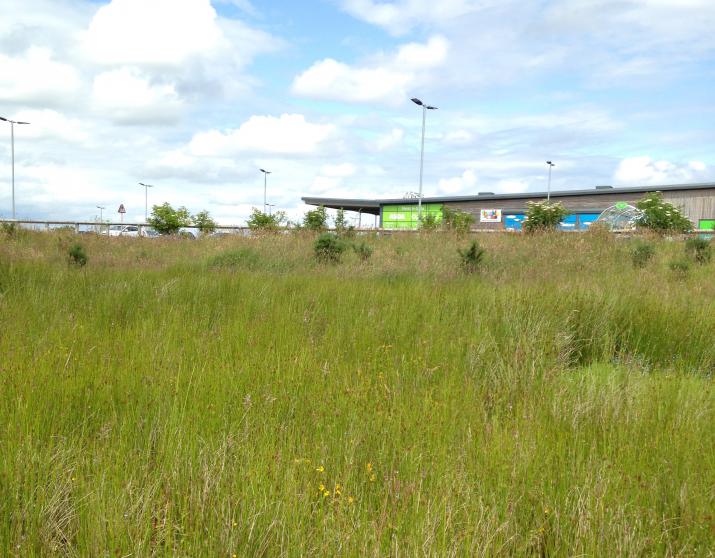 SuDS?
Sustainable Drainage Systems or SuDS is still a term unfamiliar to many, but these systems have been successfully implemented in cities throughout the world, from Australia to America and since the 90’s they have been utilised in new developments throughout the UK.

Cement, tar and tiles
The aim of these systems is to deal with surface water where it falls rather than carrying it away as fast as possible. This mimics the way rainwater is dealt with in a natural environment, it is absorbed into the landscape or soaked up by vegetation. In urban environments the landscape has been covered with impermeable surfaces of cement, tar and tiles. This means that the water can’t be absorbed, which increases the rate and the volume of surface water running into nearby rivers, causing flooding. On top of this, the urban landscape is filled with pollutants that are picked up by water as it flows towards receiving rivers, significantly reducing the quality of local rivers and streams.

SuDS are the solution to these problems. They mimic the natural landscape and reduce the amount of impermeable hard surfaces in our cities. Features such as detention basins, swales and ponds collect surface water, slowing down its flow and removing pollutants.

Not just a one trick pony
SuDS have the potential to provide a variety of other benefits which can’t be achieved with traditional drainage techniques. They can provide;

This is the theory behind SuDS, but are these systems reaching their full potential? Our project, run in partnership between Scottish Natural Heritage, Highland Council and Salford University is the first of its kind in Scotland, being a long-term study to determine if SuDS ponds in Inverness are, in practice, providing these multiple benefits for the Highlands. Now the highlands don’t seem a likely place for a project looking at urban development and ecology, but urbanisation is increasing at an ever rapid rate across the world, so much so that even the more “wild” parts of the UK are not immune. In fact, Inverness is one of the fastest growing cities in Europe.

Frogs, Toads and Newts
Amphibians were chosen as a focus for the project because they have been experiencing significant habitat loss in recent decades, in fact, as SuDS have been increasing in our cities, changing farming practices have resulted in the loss of a large number of ponds in the wider countryside. This has made urban ponds increasingly more important to their survival. Amphibians are important members of wetland habitats in their own right, being predator and prey for many other animals. Therefore, sites that support frogs, toads or newts will also support a range of invertebrates and plant life and give us a quantifiable way to assess the biological success of the SuDS. This sounds like an ideal situation, but there are more pressures on amphibians in the urban environment. They are more likely to be exposed to pollution and be killed on roads. This means that we could actually be attracting amphibians and other wildlife to unsuitable habitat and increasing their decline in numbers.

To investigate this, we identified forty sites in the Inverness area as shown in the map below, which had been created between 2005 and 2014. All of which were assessed for the presence of breeding amphibians, plant species diversity, surrounding habitat quality and water quality. Our results show that amphibians were breeding in 75% of the sites. A number were supporting more than one species of amphibian. We found that these 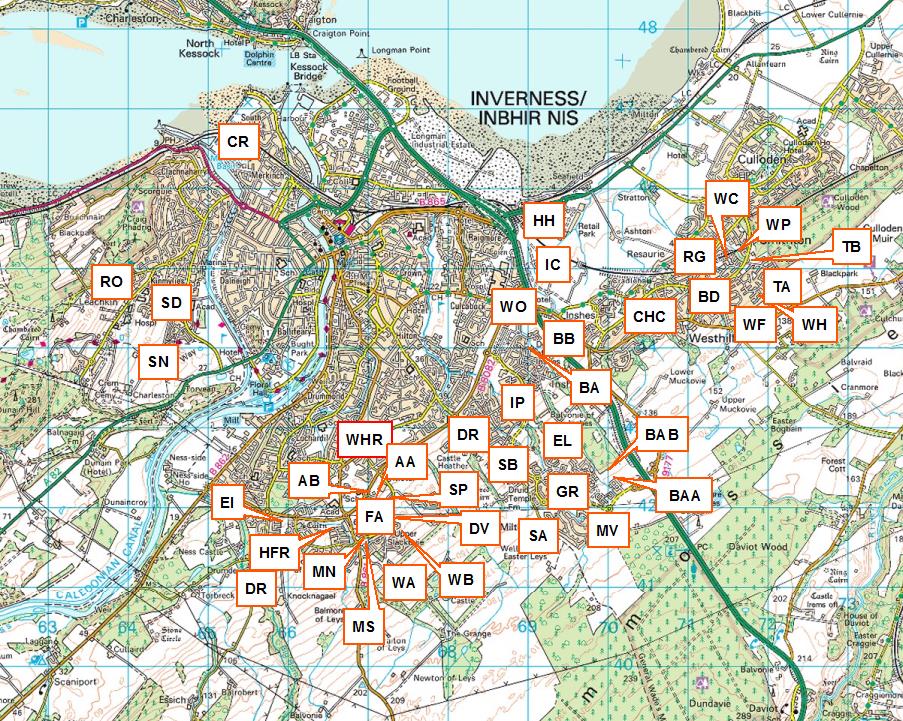 sites also had the highest number of wetland plant species and invertebrate diversity and had good water quality. These are very encouraging results and suggest SuDS can significantly increase biodiversity and provide high quality green space in our cities.

Frog DNA
Another significant problem for urban amphibians is that they can be isolated from other populations. This means that individuals can’t move between ponds and share their DNA. This makes them more vulnerable to disease and climate change. However, the Inverness SuDS are all relatively close to one another, within 1km, and should be accessible to our short-legged friends. To test this theory, we collected frog DNA from frog spawn. This is easily done by collecting one egg from each spawn clump. These were then sent down to the laboratory in Salford for analysis. The results showed high genetic diversity, not only within the ponds but between them, suggesting that the sites were connected and individuals could move freely between them. This suggests that SuDS can provide suitable habitat to compensate for the loss of traditional ponds in the wider countryside. It would appear that SuDS can improve biodiversity and bring nature back to our cities.

Opportunities for Planners and Developers
This information will be used to produce guidance for developers and planners in order to help them make the most out of SuDS. It will also inform the placement of future SuDS to maximise their benefits to biodiversity. This means ensuring that they are situated in a location accessible from other SuDS ponds or green spaces, i.e. not separated by a major road, and that they act to strengthen the existing green networks within the city. By doing this they will improve the open amenity space for local residents and provide a more pleasant area in to live. By working together to provide the best systems for our cities we will be able to create the very best habitat to support all of its residents.

This work demonstrates that SuDS can, and are, reaching their biodiversity potential. The next step of the project will look in more detail at their value to human residents of the city.