The 1st National Park City - Why Not? 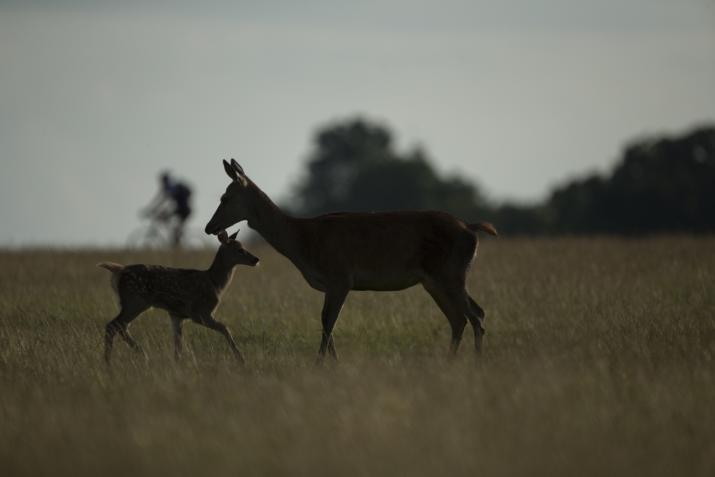 Hopefully you will have heard of the campaign to make Greater London a National Park City. If you have not, one of the aims of my article is to convince you to give your support to it and ultimately, to spread the word to your family, colleagues, peers and perhaps even your local government if you live or work in London. If you have, that is great news, and what this article also does is to explore the idea of a National Park City, and how it could change how we engage with our cities.

Two of the underpinning purposes of National Parks are to conserve and enhance natural beauty, wildlife and cultural heritage and to promote the understanding and enjoyment of the special qualities of the National Park by the public. Through these dual purposes, the fifteen National Parks we have in the UK, offer a multitude of opportunities for recreation that help to improve people’s health and wellbeing. Visited by over 80 million people each year, they comfortably fulfil their remit to actively encourage people to come and enjoy their space. However, National Parks are not a collection of vast, picturesque tracts of land preserved in aspic for the enjoyment of those who visit, they are dynamic, and very much lived-in landscapes; home to more than 400,000 people. They are also great contributors to the UK economy and cost us very little in return.

What has this got to do with Greater London? More than you would imagine. Think of the urban environment of Greater London and you may think of it as a sterile wasteland of concrete, however, it is just shy of 50% green. It is a huge tapestry of green and blue infrastructure and open spaces interwoven through its urban spaces and in-between the buildings. This metropolis is also one of the most accessible areas in the country, with a comprehensive network of public transport options to suit all ages and abilities. These elements give great weight to Greater London fulfilling the requirements of becoming a National Park, however, just one thing remains. Wherever a National Park is, it needs to be seen to be an ‘extensive tract of country’ by Natural England, and Greater London certainly isn’t that. It is this disconnect between the natural environment and the urban that is the biggest sticking point for most people when talking about the campaign, however I believe it is this that brings with it the biggest opportunities.

How would our relationship with cities change if Greater London was to be designated a National Park City? There are a number of aims that the National Park City campaign seeks to accomplish through the creation of a new partnership that will help in galvanising what environmental action already happens, and foster the sharing of good practice and creation of new initiatives. The Greater London National Park City Partnership will work alongside existing organisations to help identify new opportunities for joining forces with others around them. It also aims to provide support and advice to those that need it; perhaps in the start-up of a new initiative. The central aims of this new partnership will be to ensure 100% access to high-quality green space to Londoners, connect 100% of children to nature, increase the amount of London that is physically green, annually improve air and water quality, improve connectivity and biodiversity of habitats, inspire the building of affordable green homes, inspire new business activities and promote and nurture a shared identity for Londoners.  Bringing the natural environment to the fore, through this campaign, provides benefits for everyone. From developers that set to gain from the possible increases in land and property values, to the value of ecosystem services that save Local Authorities money. A successful campaign will hopefully reconnect people with the natural world that surrounds them, even in the most unlikely places, and help them to re-evaluate their surroundings. If Greater London were to be designated tomorrow, I think that act alone would fundamentally alter how we perceive our urban environments.

Will the campaign help to conserve and enhance the natural assets and cultural heritage of Greater London as National Parks do? Well, people are more likely to care for something if they have a stake in it, or are able to understand it better; if they don’t know about it they are less likely to care. Through the promotion of the existing assets we have in London, under the banner of the National Park City, these assets can be celebrated and if needed, safeguarded against further damage with the possibility of bringing them back to use. By signposting these existing assets, it creates an immediacy and tangibility that is hard to resist. I believe we already have everything we need, in terms of cultural and natural heritage, in place, and so by drawing on this and exploring how best to celebrate these, will help in the conserving and enhancing that is crucial for success.

So, Greater London has the attributes befitting that of a National Park, yet cannot be designated as such. This is where I believe that the campaign is at its most effective, by naming it as a National Park City there is no baggage, the name just brings inspiration. The campaign clearly won’t be won overnight. It is a long-term and large-scale vision, but it will be achievable through the small, everyday actions Londoners can contribute to the wider environment and perhaps challenge how people view what a city is. National Park City status also has the potential to make those in government think more about our environment and public space. It could be the catalyst for change on a much wider scale, that we need.

To get involved visit: http://www.nationalparkcity.london/ (link opens in new tab)