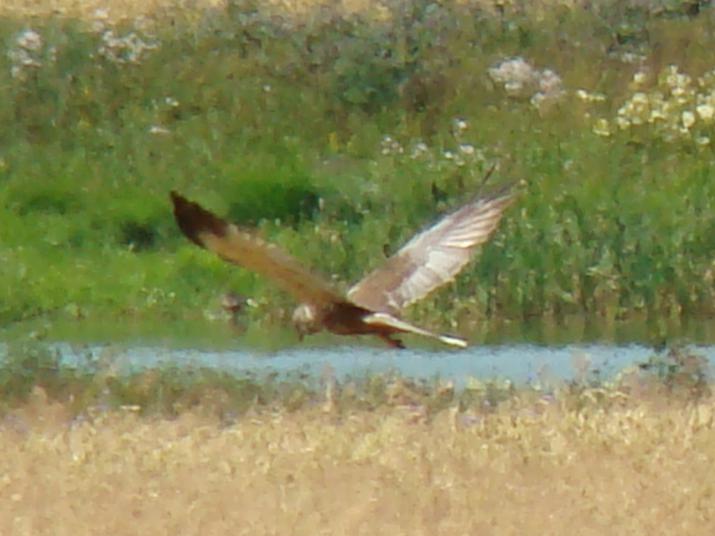 Cheshire's first breeding record of Marsh Harrier was announced recently, at a secret location in the Gowy & Mersey Washlands, south of the Mersey estuary. The news of the successful breeding was kept under wraps to ensure they were not disturbed during the nesting season. However, Cheshire Wildlife Trust, who are working on their region's first 'Living Landscape' project close to where the harriers bred, have revealed that the pair successfully raised three chicks, which left the nest in mid-August.

Richard Gardner, Cheshire Wildlife Trust's Living Landscape Manager, said: "It's extremely exciting news to have Marsh Harriers nesting in Cheshire and shows the importance of the Gowy & Mersey Washlands and the Mersey estuary for some of our rarest wildlife. As a species that relies on wetland habitats such as reedbeds, the arrival of the harriers demonstrates the clear need for us to ensure we protect the wider habitats along our rivers and estuaries, especially with the increasing pressures of development and climate change."